Come find out how great is your hidden talent for the art of Brazilian Jiu-Jitsu (BJJ) in our new dojo. This martial art allows to develop several positive key aspects such as our body mobility and flexibility, our mindset in stressful situation, and our physical strenght thanks to its daily exercises.

♥We do it daily with passion, commitment and personal development♥

We hope you find all the necessary information here. You can also contact us and we will make sure to reply faster than you think as training never waits. Else simply come visit us !

See you soon on the mats or around an açaí bowl on our confortable sofa. 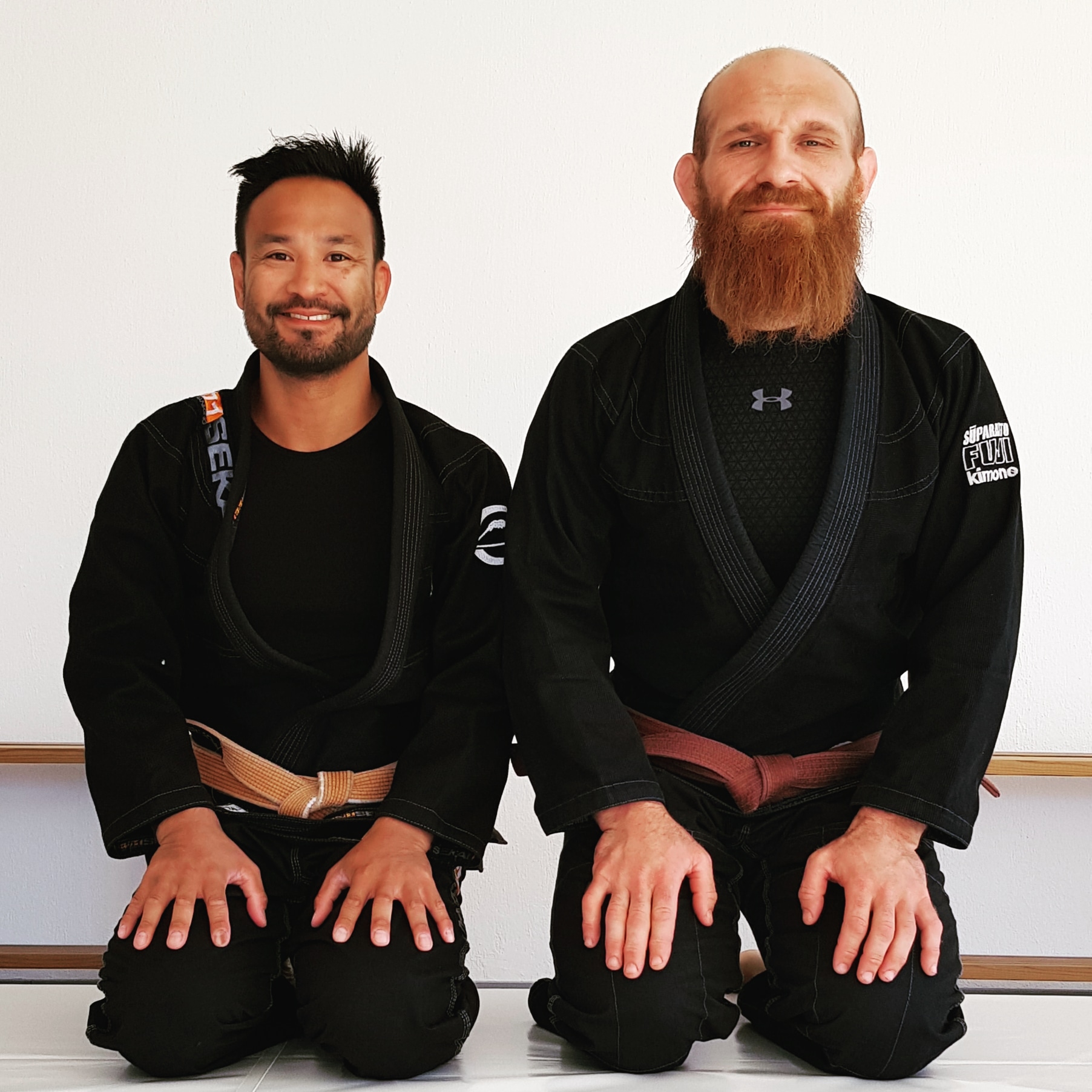 
Promote and ensure daily quality classes in Brazilian Jiu-Jitsu in the canton of Neuchâtel.


Share our knowledge to grow together in this adventure, respecting others, inside our dojo and beyond.


Time will contribute shaping our work and growing team. Passion and commitment will lead this mission we believe in : share as much as we can for the art of Brazilian Jiu-Jitsu with all people : women, men, kids and seniors.

“Whatever you intend to do, do it with your heart so that when it comes, it comes even greater” – Ben

BJJ is founded on the concept that a smaller, weaker person can successfully defend themselves against a bigger, stronger, heavier opponent by using technique, leverage, and most notably, taking the fight to the ground, and then applying joint locks and chokeholds to defeat the opponent. BJJ training can be used for sport grappling tournaments and in self-defense situations. Sparring (commonly referred to as “rolling” within the BJJ community) and live drilling play a major role in training and the practitioner’s development. BJJ is considered a martial art, a sport, a method for promoting physical fitness and building character, and a way of life.

New : kid(s)-parent(s) class to allow a family focus while learning ! Contact us to join our private or group classes.

You will find below the fees to join us as a member for 2020.

*Another direct family member (or more) wants to join his/her brother/sister ? Worry not, we will only apply one membership fee for the first kid who joined us.

Get your e-card now

Feel like sponsoring someone ? Get one month free and five private classes upon a yearly signed membership.

Contact us if you have any question. We are around to help.

Cookies To make this site work properly, we sometimes place small data files called cookies on your device. Most big websites do this too.
Accept